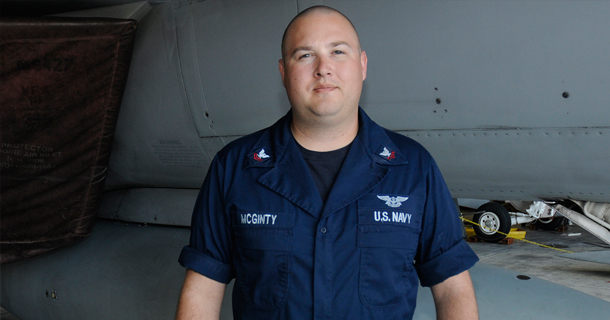 “We work with weapons systems on aircraft,” said McGinty.

“I enjoy the camaraderie within this squadron,” said McGinty.

McGinty said he is proud of the work he is doing as part of the squadron’s 217-member team, helping to protect America on the world’s oceans.

“Without ordnance, the aircraft would just be another plane without any mission,” said McGinty.

“The Navy has given me a good sense of work ethic and sense of accomplishment,” said McGinty.