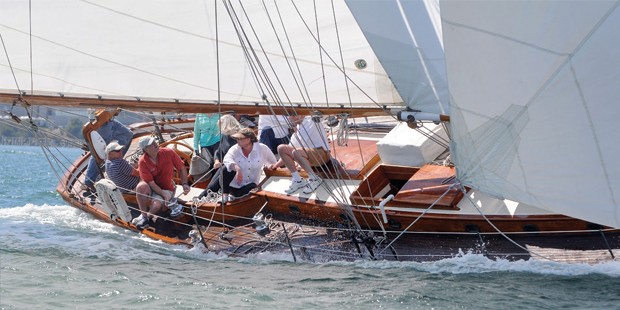 This annual event is a fun day out on San Diego and the Pacific Ocean, for all participants. The Silver Gate Yacht Club, holds raffles and raises money throughout the event. All the proceeds are then donated to the Navy Marine Corp Relief Society, which comes to approximately $13,000. This is one, if not the largest civilian contribution to the Relief Society throughout the year.

Approximately 14 ships took part in this years race. The race starts off of Shelter Island in San Diego, and makes it’s way to several miles off of Point Loma in the Pacific Ocean and then back to San Diego Bay.

It is an amazing sight to see this sailing vessels plowing through the water, under full sail, tacking back and forth with the winds and outmaneuvering their opponents ships into a position where they can best take advantage of the wind in order win the race. This years overall winner was the Dirigo II. Some of these ships are over 100 years old, with many closing in on the century mark.

Each year at during the club’s Opening Day Ceremony, which was held on April 19th, the Silver Gate Yacht Club’s Commodore Tom Iverson presented a check to Barry White  NMCRS, with this years proceeds, while the U.S, Marine Band entertained the guest. 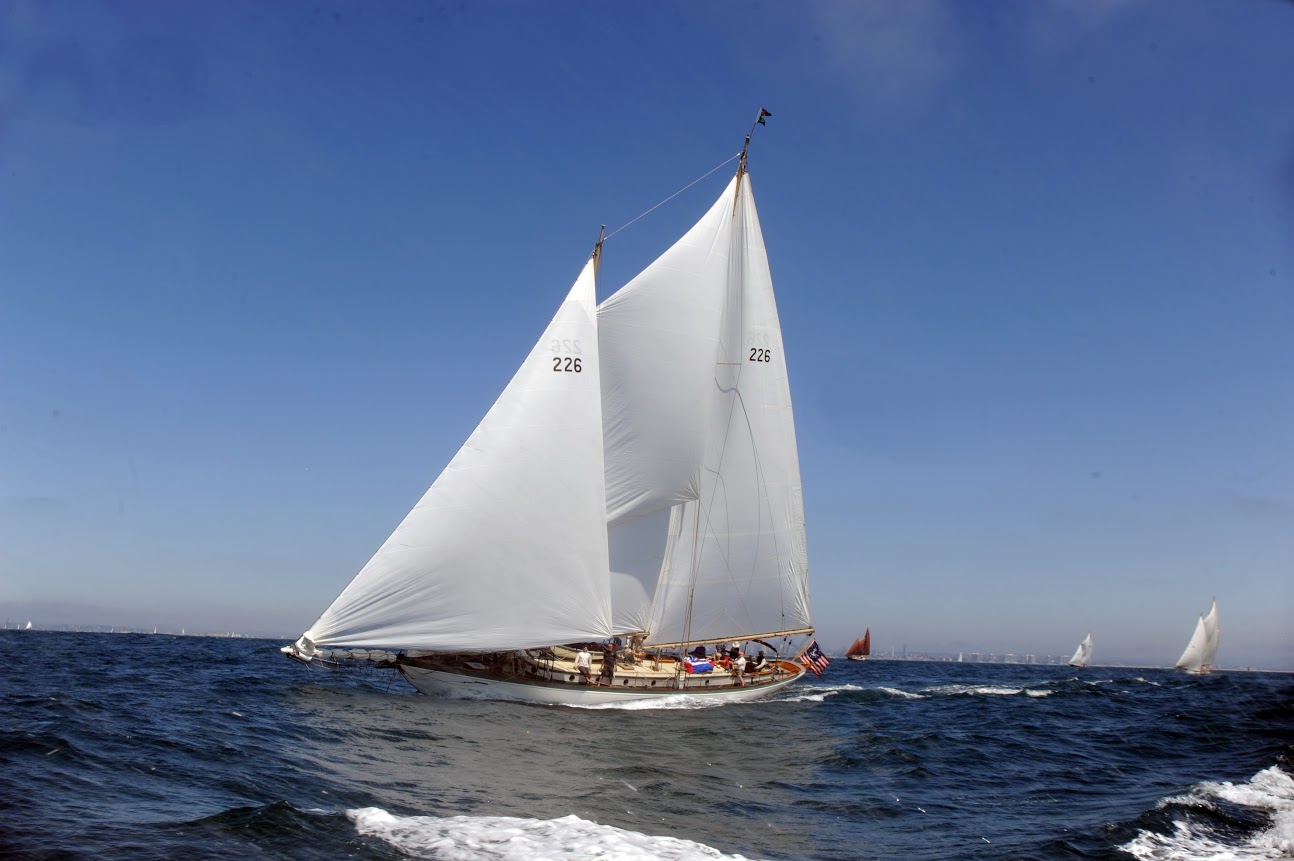 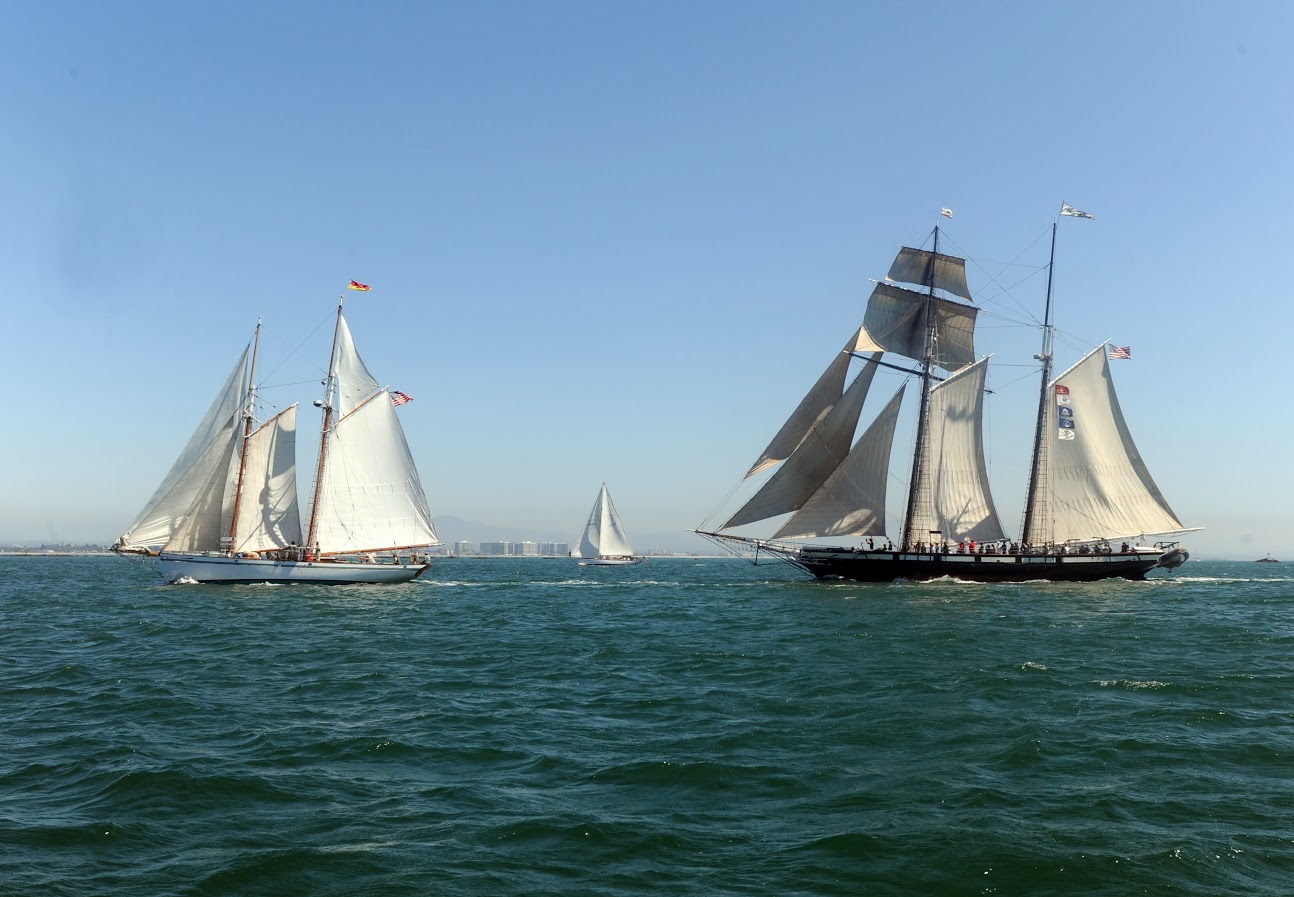 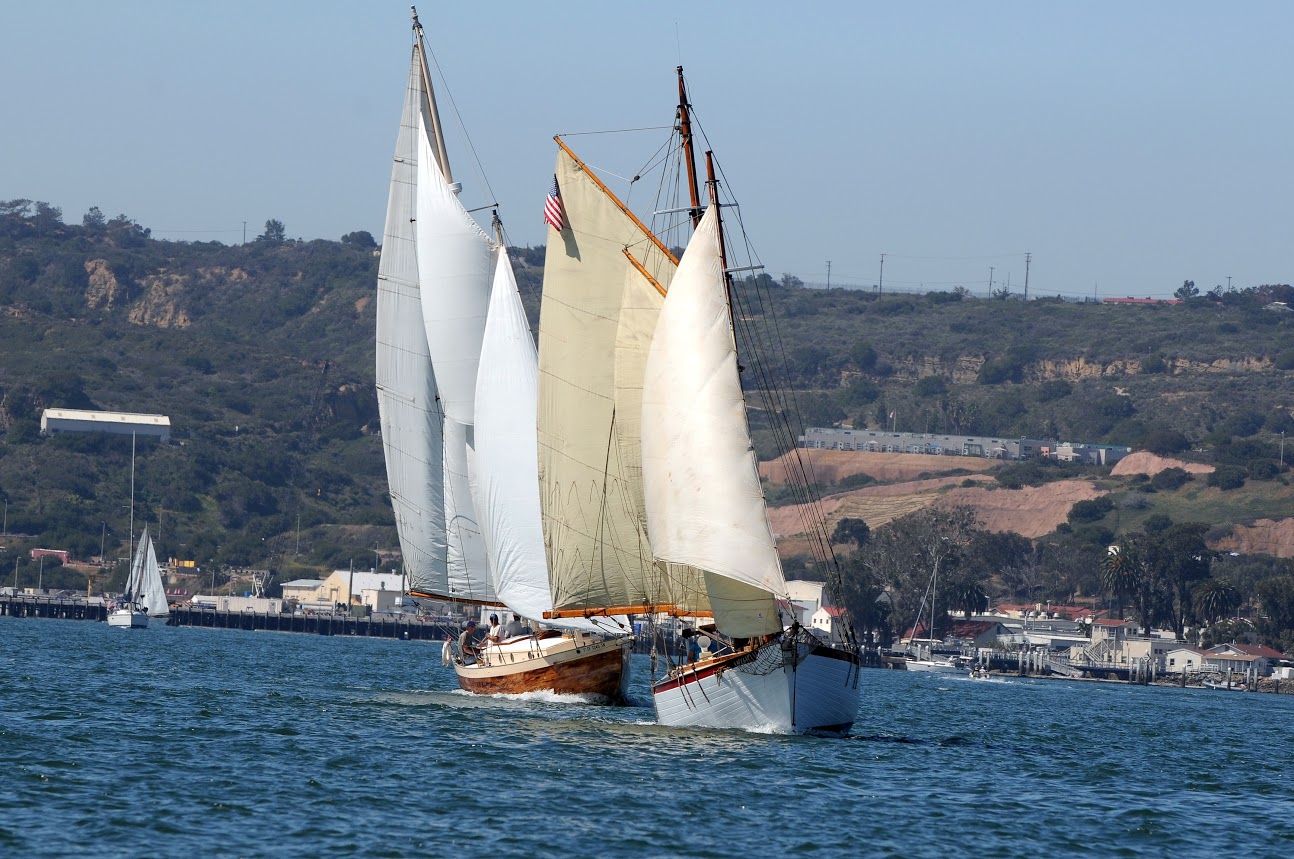 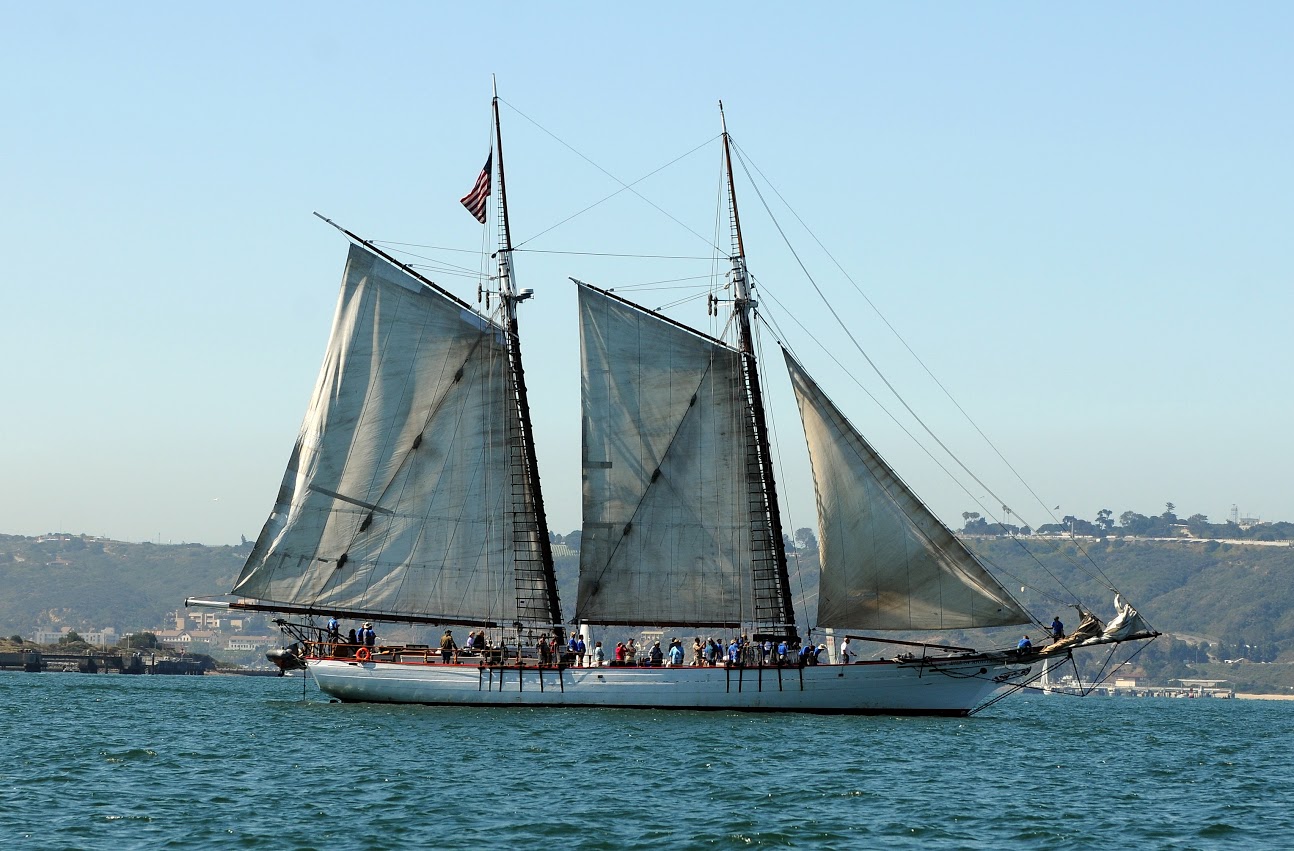 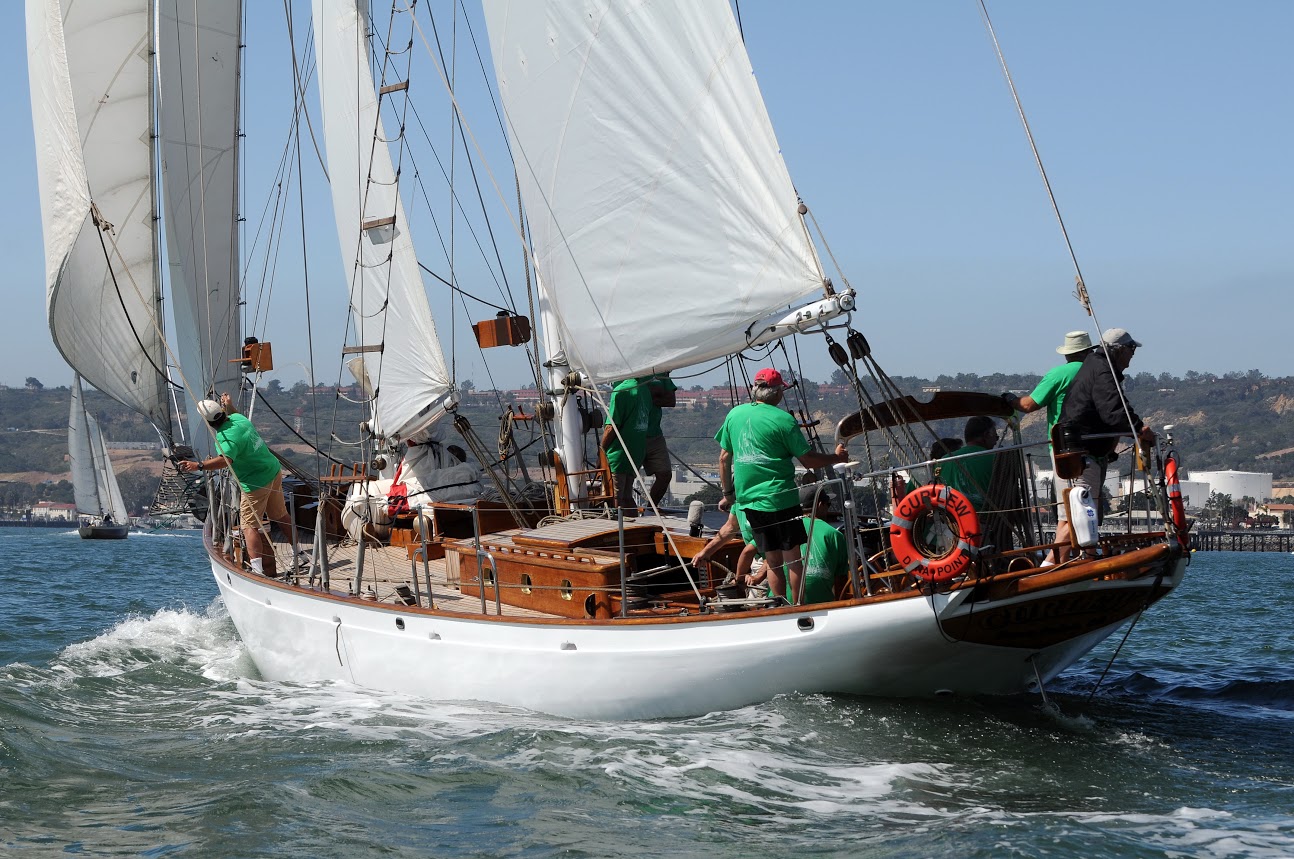 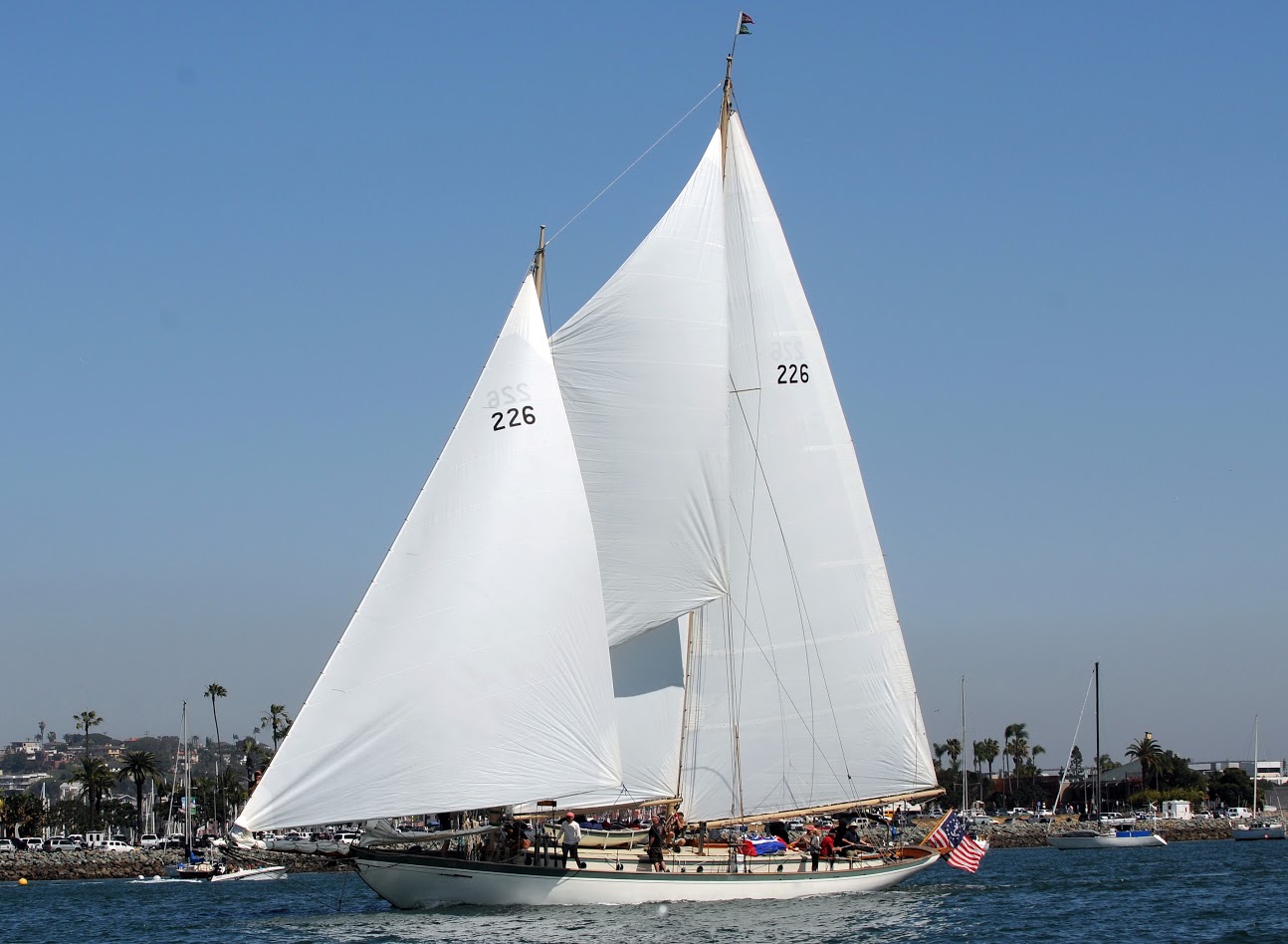 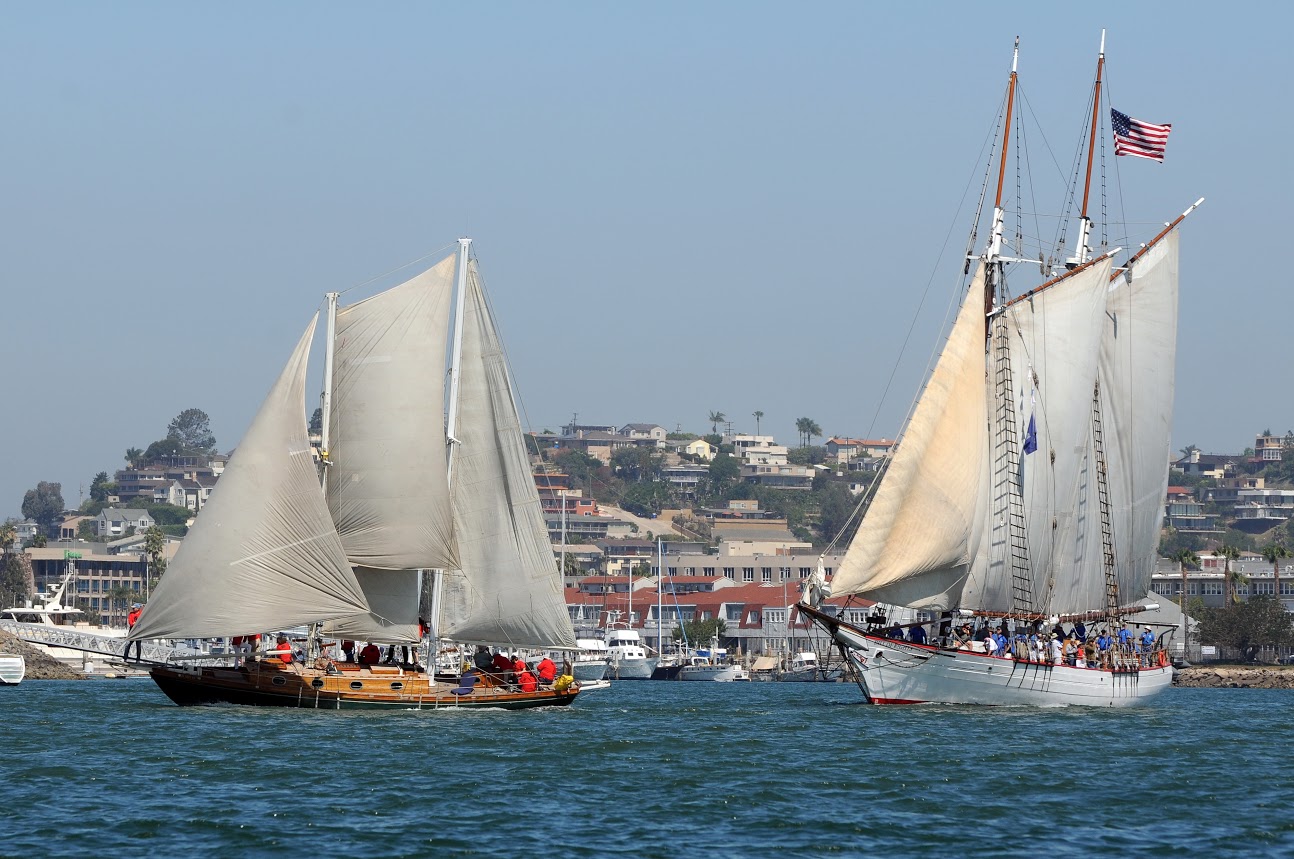 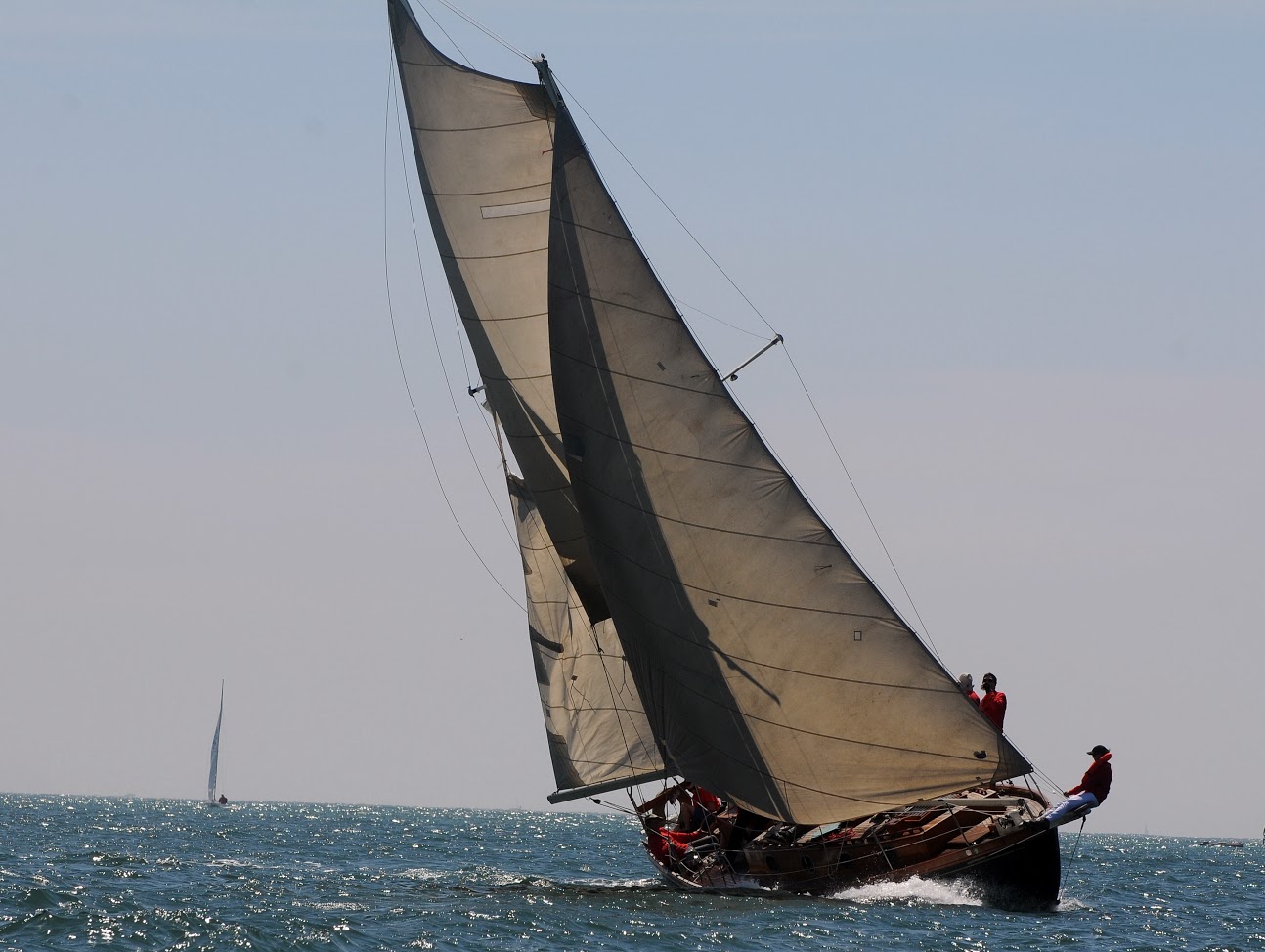 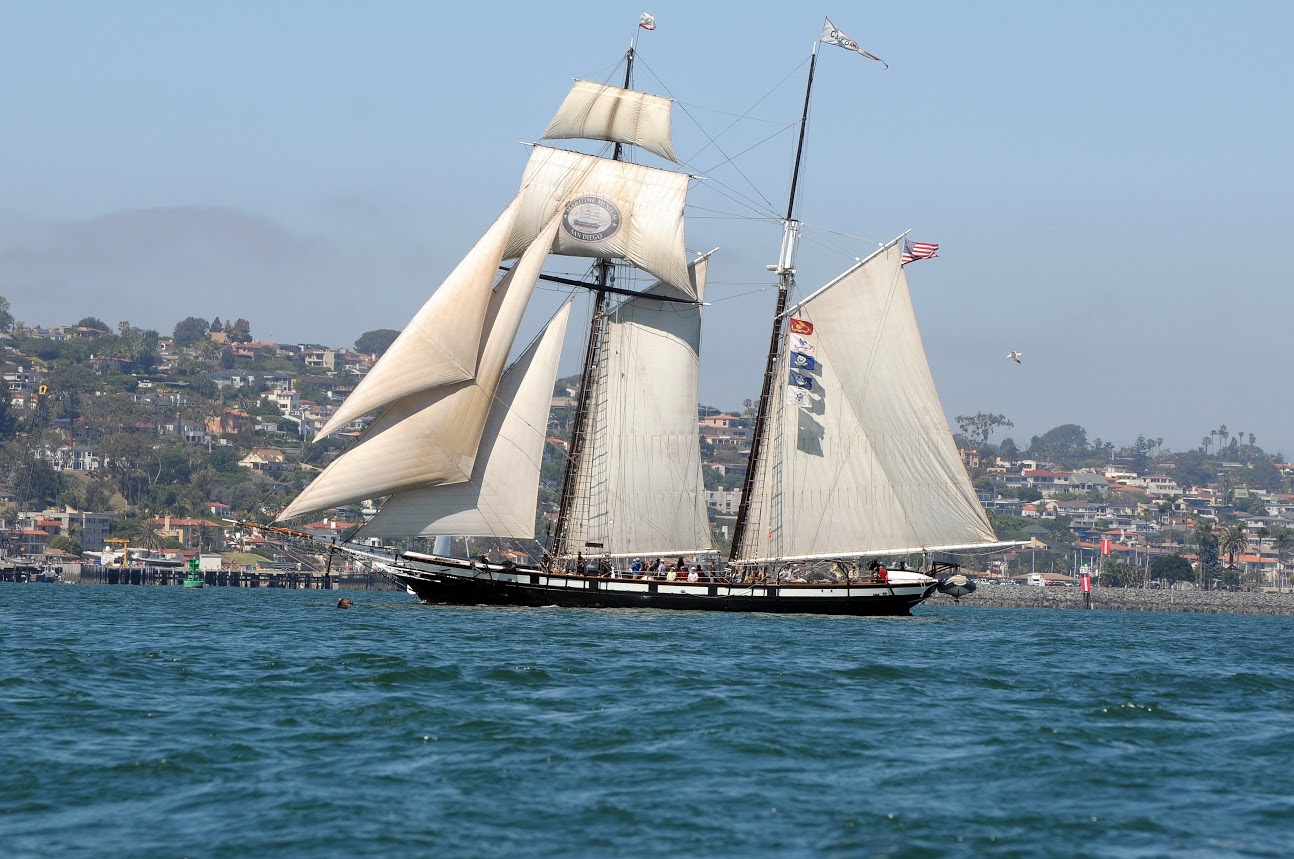 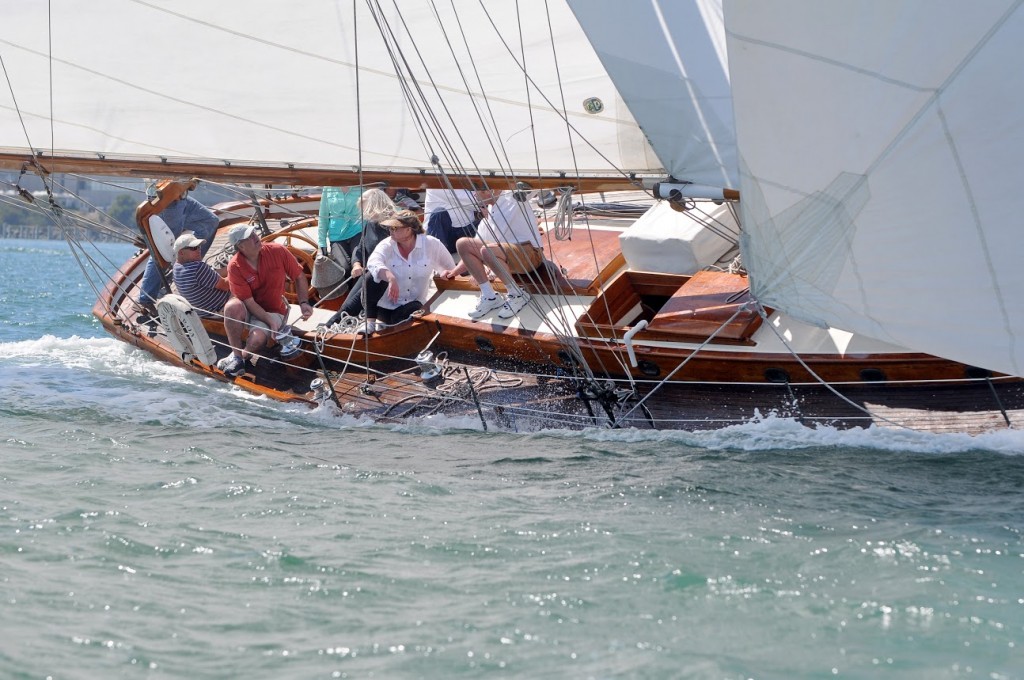