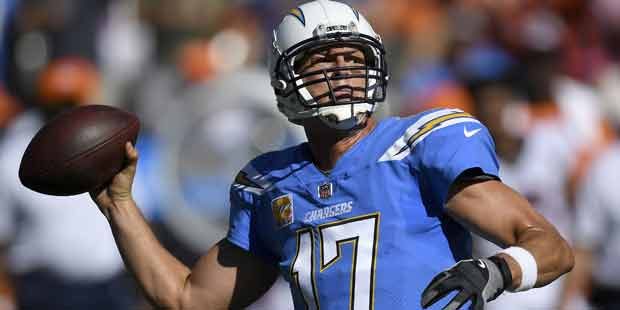 After starting last season 0-4, the Los Angeles Chargers won six of the last seven games and finished the season with a 9-7 record and second in the AFC West. With the season opener against the Chiefs on Sept. 9 quickly approaching, here are a few key issues facing the team for the upcoming season.

Fast start a must. Including the disastrous start to last season, the Chargers combined record during the first four games over the past three seasons is 3-11. Their record is even worse if you include the first eight games of the 2015 season, which puts the team at 3-16.

With may pundits picking the Chargers to win the division, fans must remember this team isn’t the powerhouse team it was in the ’90s when it had the talent to overcome a slow start at the beginning of the year and suddenly “flip the switch” to compete in the post season.

Key Stat: Last season the Chargers were one of two teams (Seattle) not to score a touchdown on the opening drive of the game.

Protect Philip Rivers. Last season Rivers completed 360 of 575 passing attempts for 4,515 yards, 28 touchdowns with only 10 interceptions. With TE Hunter Henry (45 recs, 579 yds, 4 tds) lost for the season with a torn ACL and future Hall of Fame TE Antonio Gates still out of the fold, the question is who is going to fill the void at tight end?

One player looking to fill that role is second-year receiver Mike Williams. Working hard to rebound from an unproductive rookie season where he had just 11 receptions and no touchdowns, the 6-4, 220-pound Williams believes he has the size and speed to step in for Henry and become Rivers’ security blanket both on third down and in red zone sub packages.

Stop the run. After finishing 31st against the run last season (4.9 yes. per att., 131.1 yds. per gm.), GM Tom Telesco used his top four draft picks to solidify his defense that finished in the middle of the pack in overall defensive rankings.

With DT Corey Liuget suspended the first for games for violating the league’s policy on PED’s, veterans Brandon Mebane (30 tackles/0 sacks), Darious Philon (31 tackles/4.5 sacks) and rookie Justin Jones will be manning the interior defensive front until Liuget’s return. Jones, a thirdround pick out of NC State, has the versatility to stay on the field all three downs and rotate at the nose and defensive tackle positions.

Key Stat: Although Liuget’s 21 tackles and 1.5 sacks was his lowest production since his rookie season of 2011 (18 tackles/1.0 sack), he excelled in quarterback pressures.

According to PFF, Liuget’s 26 total pressures from the defensive interior was the best of his seven-year career.

Analysis. As with every NFL team, staying healthy is goal number one if they hope to compete in the post season. Perhaps no other team over the past five years has suffered as many injuries to key players than the Chargers, and as bad luck would have it, the team has already lost TE Hunter Henry, CB Jason Verrett, undrafted TE Austin Roberts and free agent S Jaylen Watkins for the season.

On paper the Chargers have the talent in their starters to compete with any team in the NFL. However, the team must stay away from self destruct mode — stupid penalties, special teams blunders and bone-headed plays that cost the team a victory.

Case in point, in their 20-17 overtime loss to the Jaguars in week 10 last season, the Chargers defense fell for a fake punt late in the first quarter when running back Corey Grant took a direct snap 56 yards for a touchdown. In the same game, safety Tre Boston intercepted Jaguars quarterback Blake Bortles twice inside the final two minutes and yet they still managed t o lose thanks to a penalty, a fumble and questionable play calling. And the hero of the game was former Charger Josh Lambo who hit a game-winning 30-yard field goal in overtime. Ironically, the Chargers cut Lambo during training camp in favor of an unproven free agent kicker named Younghoe Koo, whom the Chargers cut just four weeks into the season.

Although the talent appears stronger than in recent years, the Chargers cannot afford another injury-riddled season and compete for the division title.

Prediction: 10-6 and a Wild Card Berth

The Endzone: With Liuget suspended the first four games, one player to keep an eye on is DT Justin Jones. Per Gavino Borquez (ChargersWire), the 6’3, 309-pound Jones has made a big impression on teammate Brandon Mebane.

“I think Justin Jones is a great player. He’s one of those guys that I’ve seen in my 12 years that I think is going to have a great future ahead of him. I think eventually he’s going to be a Pro Bowler,” Mebane said.

The former North Carolina State product is capable of playing on all three downs with his versatile skill set. Jones will primarily start out rotating with DT Darius Philon to begin the 2018 season due to the absence of Liuget. But, he has shown the ability to play nose tackle as well, which will allow him to rotate in with Mebane in sub packages.

Jones brings a disciplined run defender and powerful pass rusher to defensive coordinator Gus Bradley’s defense that should see an improvement in this area from prior seasons’ struggles.