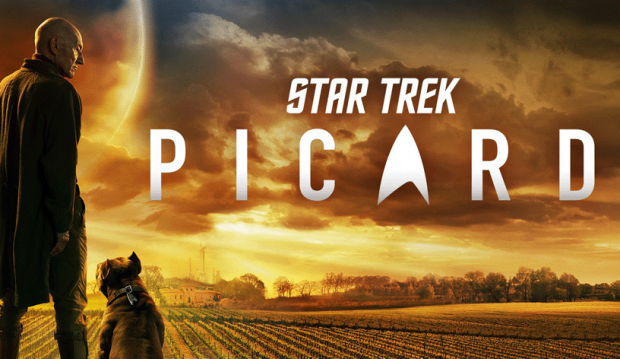 It was to be expected right? Hundreds and hundreds of fans waiting in line over a two day periods and for what you ask? Because both STAR TREK and MARVEL were in Hall H and they weren’t about to disappoint with a flimsy few minutes on stage. Nope, there were surprises to be seen and heard and I’m about to tell you everything I know.

Beginning with Enter the Star Trek Universe, CBS All Access is continuing to expand that universe. Star Trek Discovery takes the story 1,000 years into the future says showrunner Alex Kurtzman. The series stars Sonequa Martin-Green, Michelle Paradise, Heather Kadin and David Ajala. Production is currently ongoing in Iceland so there might be a bit of a wait for Season Three.

Star Trek: Picard brought its thrilling trailer to Hall H as Sir Patrick Stewart returns in his iconic role of Jean-Luc Picard. This being Stewarts first time at Comic Con, he seemed to be relishing every moment and enjoying the panel time. The story revolves around Picard realizing that he never has quite felt at home with his feet on Earth but then again we all could have guess that. We want him at the helm and engage!

Not enough Star Trek? Well, how about Star Trek: Short Treks which is a miniseries to keep your imagination in space where it belongs. There are characters from the original series that you might all remember and I’m keeping that bit of information to myself. No spoilers here! The show is also brought by CBS All Access.

The official HBO trailer for WESTWORLD 3 – The New World has dropped into Hall H and available for everyone. The world has changed and now Jonathan Nolan, Lisa Joy, Evan Rachel Wood, Thandie Newton, Ed Harris, Tessa Thompson, Aaron Paul, Jeffrey Wright and Luke Hemsworth have to find their way through it. It seems like fans have been waiting forever but now these characters find themselves in Nazi Europe but you’ll have to wait a while longer to know more.

Project Blue Book from the History Channel brings characters Hynek and Quinn dealing with 1947 and Roswell, New Mexico. The show has just started production and will return later this year. If you haven’t seen season one, I have to ask you…why not? The Good Place brought a bit of a downer to attendees when executive producer Michael Schur announced that it would be the final season for the show. Telling everyone the final script was complete, the statement was met with a loud awwww-ing and man it was brutal to hear.

The Expanse is a show I have been watching from the very beginning. Throwing out props to Amazon for giving it a new home so we can see how the next chapter of this saga plays out. Due to return in December, it’s plenty of time to watch the first three seasons since I have a feeling things are going to get very intense.

TBS is about to take on one of my favorite films by putting it into a series with Snowpiercer. If you have an opportunity to see the film prior to the show beginning, do so. You will get a feel for the post-apocalyptic train ride that has a twisted structure that contains human beings trying to survive a caste system. What does everyone want? They want what is in first class!

Women Who Kick Ass comes to Hall H with ladies Shohreh Aghdashloo from The Expanse, Freema Agyeman from Doctor Who, Betty Gilpin from Glow, Ruby Rose from Batwoman and Cobie Smulders from the new series Slumptown.

Ripley’s Believe It or Not! will air on The Travel Channel hosted by The Evil Dead star Bruce Campbell. This is a perfect outlet for the star we all love for being…well…different!

Finally, what a packed Hall H has been waiting for. The Russo Bros. mix it up with the audience to get things started and Jessica Chobot introduces Kevin Feige. He thanks fans for what the Marvel Universe has become (and we thank him as well). He quickly moves on to The Eternals and director Chloe Zao along with cast Richard Madden, Jumail Najiani, Lauren Ridloff, Bryan Henry, Salma Hayak, Liam McHugh, Don Lee and Angelina Jolie. Ms. Jolie seemed beside herself with smiles at being part of the panel.

Falcon and the Winter Soldier brings Sebastian Stan and Anthony Mackie to panel. Baron Zemo aka Daniel Bruhl is back and purple once again making a promise with, “Gentlemen, I’ll be seeing you very soon”. It didn’t sound promising for either the Falcon or the Winter Soldier!

Shang-Chi and the Legend of the Ten Rings has a release date of 2-2021 with Tony Leung as The Mandarin. Feige announced that Simu Liu has been cast in the title role of Shang-Chi. Dr. Strange in the Multiverse of Madness is a series that Feige also says “ties directly into the world of Dr. Strange” and that sends the audience into a happy place. Directed by Scott Derrickson, the series stars Benedict Cumberbatch and Elizabeth Olsen.

Speaking of Olsen, WandaVision is an original series coming to the new streaming service Disney+. The show also stars Paul Bettany and Teyonah Parris and due out in the spring of 2021.

My dream has come true! Loki from Marvel Studios is also coming to Disney+ and Tom Hiddleston is reprising his role. Don’t ruin my day by trying to talk me out of the clouds, it isn’t possible. I am on a full lady-high right now and don’t expect to come down until the series airs, and maybe not even then.

Taika Waititi returns to direct Thor: Love and Thunder with Chris Hemsworth, Tessa Thompson and Natalie Portman and is due in theatres November of 2021. Be prepared when a lady Thor comes into the picture!

Black Widow is slated for May of 2020 with Cate Shortland as director and the return of Scarlett Johansson. The film also stars David Harbour, Florence Pugh and Rachel Weisz. It will be nice to see the back story of this iconic Marvel character before things got dicey in the last two Avengers films.

Finally, fans were so surprised to learn that Blade is being brought back to life. The announcement was made that Mahershala Ali would be taking over the role and is now part of the Marvel Cinematic Universe.

That is a lot to take in isn’t it? I can tell you that everyone in Hall H was exhausted by the end of the panel. It is another phase for Marvel and it is going to keep fans happy for many, many years to come.

It is hard to believe but we are one day away from putting San Diego Comic Con International 2019 into the books. Outside the Convention Center is a very fun atmosphere as everyone is finding their favorite places to visit only to discover that every place is a favorite place.

Tomorrow gets here quick so rest up and let’s make a final run on the last day!