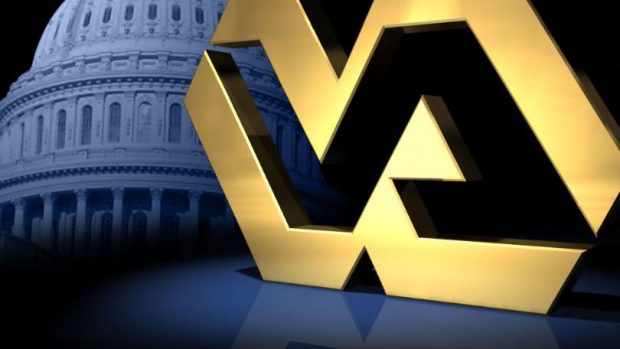 An investigation into 11 suspicious patient deaths at the Louis A. Johnson VA Medical Center, Clarksburg, WV, didn’t become public for over a year, and only then when a Charleston attorney and his clients filed a notice of claim against the Department of Veterans Affairs.

Now, it appears the investigation may be expanding. The attorney, Tony O’Dell of Tiano O’Dell PLLC, said he’s been contacted by the family of a West Virginia veteran who died at the medical center — a veteran whose remains now are set for exhumation and whose family has contacted Sen. Joe Manchin, D-W.Va., about it.

To O’Dell, the new exhumation seems like a clear sign there could be more suspicious deaths than thought.

O’Dell added that he’s been contacted by several other families. It also looks like most or all of the suspicious deaths involved West Virginians living in West Virginia.

O’Dell has said the suspicious deaths at the hospital may have at least spanned from the early summer of 2017 into 2018.

West Virginia’s congressional delegation was notified that something appeared amiss in the summer of 2018. The lawmakers’ first public comments about the investigation weren’t made until after O’Dell’s notice of complaint was publicized.

Pressure for action ratcheted up Thursday, about a week after the notice of complaint that O’Dell filed on behalf of the family of Retired Army Sgt. Felix McDermott — and the details it included about other suspicious deaths — became public knowledge.

“It is time for the inspector general, who is not controlled by me or the White House, to finally end this investigation, to answer the questions that our grieving families have. It has been far too long,” Wilkie said.

He added, “We actually are learning what we know from the media.” He also made a point to note “this investigation was started by the independent inspector general before I even became the VA secretary.”

So far, two deaths have been confirmed as homicides: McDermott’, and that of Air Force veteran Senior Master Sgt. George Nelson Shaw Sr. The VA Office of Inspector General and the FBI are investigating.

Under VA Office of Inspector General policy and procedure, a decision on whether to file charges falls with the prosecutor — in this case, it would be U.S. Attorney Bill Powell of Northern West Virginia or, more likely, his boss, Attorney General William Barr — “who determines whether to decline or prosecute the case,” according to a posting on the Office of Inspector General’s website.

Manchin’s office issued a statement saying he sent a letter to Barr asking the attorney general to use every resource in the investigation into the deaths at the VA hospital. The senator also asked Barr to request additional resources if necessary.

According to Manchin’s office, the senator then spoke with Barr, and the attorney general provided assurances “that the DOJ will provide every resource during the investigation.”

A person of interest reportedly has been developed in the case, and because the investigation centers on insulin injections to individuals who didn’t need the drug, it seems likely it would be a medical professional. The reported person of interest no longer is at the hospital, although further information, such as how long the person worked there, when and what that person’s status is as far as engaging in medicine, hasn’t been provided.

If investigators identify a suspect and decide to prosecute, the death penalty could be a possibility if the government can prove murder. That’s because murder committed in a federal government facility is one of 41 federal capital offenses.

A suspect likely wouldn’t be charged initially that way, however; there’s a long and complex process that must be followed to the letter in every death penalty prosecution.

Shaw’s identity as a homicide victim was reported first by USA Today, which said his family had been notified that he is a victim of what is said to be as many as 10 or 11 homicides being investigated at the hospital.

USA Today also reported that Shaw’s family had retained legal counsel — North Central West Virginia attorney David Glover — after being told the autopsy shows four injections of insulin at four sites on his body. None of the injections were ordered or medically necessary.

He was a native of Wallace and actually worked at the local medical center for eight years after his retirement from the military.

His obituary notes he was a deacon in his church, Calvary Independent Church in Lumberport, where he was lovingly known as the “Candy Man.”

His death is the second to be deemed a homicide, at least publicly. Officials at the medical center, the Department of Veterans Affairs’ Office of the Inspector General and the FBI — all said to be investigating the deaths — have been tight-lipped about other victims.

Shaw’s family was notified last month after agreeing in late 2018 to have his body exhumed.

Glover said he hadn’t seen the Fox interview with Wilkie, but said, “I’m sure my clients, the Shaw family, would support that. They want answers. You can imagine how they feel. It’s devastating. I think Norma Shaw described it as a gut punch … they feel betrayed, and they want answers.”

Shaw’s family had “quite a few visits from the FBI over the course of the past year” and was told his death was suspicious, as well as that other deaths at the hospital were under investigation, Glover said.

The Shaws weren’t told how many deaths were under investigation, according to Glover.

McDermott was a West Virginia native who also lived for a time in Pennsylvania.

The 82-year-old Vietnam War veteran died April 9, 2018 — a day before Shaw — at the medical center. An autopsy, performed after his body was exhumed October 23, 2018, concluded he died after an insulin injection into his stomach.

In the notice of complaint, he detailed several allegations:

“During its investigation, VA investigators advised Melanie Proctor … that there was evidence that nine or ten other patients of the Louis A. Johnson VA Medical Center had been wrongfully injected with insulin in their abdomen, thereby causing their deaths,” O’Dell wrote. “Ms. Proctor was further advised that her father was one of the last known victims.”

The autopsy “confirmed investigators’ suspicions that Ret. Army Sgt. McDermott had received an exogenous insulin shot in the left side of his abdomen,” the claim states. “That finding was consistent with the clinical history of profound hypoglycemic event that occurred the morning of April 9, 2018.

The claim contends that employees at the medical center “were aware of each of the unexpected and suspicious deaths.”

The Clarksburg VA homicides are the latest black eye for the Department of Veterans Affairs, which has had wait time scandals around the country, including in Phoenix, where at least 215 patients died before they could get in to see a specialist.

Also, news broke last week that a former VA doctor in Arkansas had been charged with the deaths of three veterans.