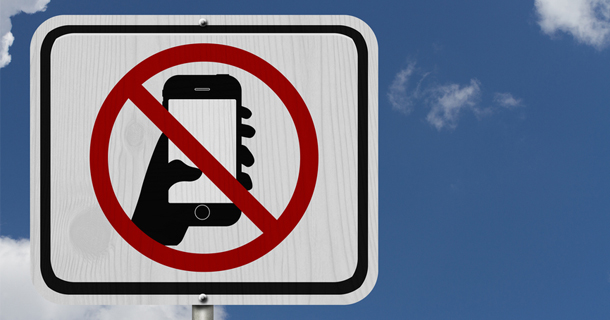 Before reading this story, go ahead and take a moment to look through your text message history—is anything that you sent recently something you would consider important?

No? Well, that most likely holds true for a lot of people viewing this right now. Often times, we use our phones no longer to talk to one another but send quick messages or carry on conversations through the course of the day. So, why is it then, what with these less-than-important messages being sent, are people still texting while driving?

Perhaps you don’t think texting and driving because you or someone you know hasn’t been in an accident caused by a lack of attention. In case you weren’t aware, being distracted by your phone isn’t as quick as you may think. According to Verizon Wireless, the average text keeps your eyes off of the road for 4.6 seconds. Don’t think that’s a long time? Consider this: At an average speed of 55 mph, that’s enough time to drive the entire length of a football field (or 100 yards) blindfolded. Not only that, but Verizon reports that you exponentially increase the risk (by 23!) of causing a collision if you text and drive.

Or, perhaps, it’s simply not illegal to text and drive in your state. According to KTAR News in Arizona, there are six states left that are yet to ban texting and driving, though it looks like two more are getting ready to pass legislation. Among them is Arizona, though KTAR notes that the state’s stance could begin to change with a Senate meeting this week. And in nearby Texas, the CBS affiliate in Dallas-Fort Worth reported that 15 families urged lawmakers at the state capitol to ban the act and institute a series of fines for breaking the law.

No matter the reason given for why you’re sending a text while driving, you should know that there are ways that you can remain connected without picking up your phone. For instance, Android users can download the free Safely Go app that automatically replies to anyone calling or texting you during your time behind the wheel. This allows to stay focused while ensuring that the person calling/texting knows he or she isn’t being ignored. You can also put in several numbers that can bypass the system in case of an emergency, so you don’t need to worry about that, either.

So the next time you feel compelled to send a text, photo, tweet, whatever while you’re driving, think to yourself: Is it really worth it? Chances are quite likely that it’s not.