The NFL Draft and other thoughts 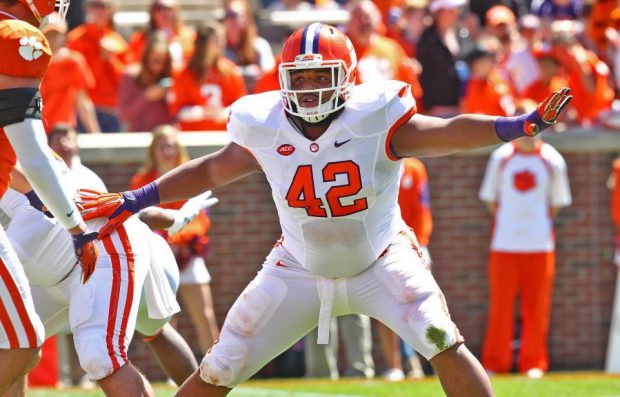 With the Chargers 2017 season officially over, it is time to focus on the NFL Draft and the positions General Manager Tom Telesco needs to address to catapult the Bolts into the postseason in 2018.

Aside from a few special teams gaffes and a couple of bone-headed plays throughout the season, the Chargers had enough talent on its 2017 roster to still be competing in the playoffs if stupid mistakes had not cost the team a number of games early in the season.

As the draft quickly approaches — April 26–28 — front office personnel are studying game film, traveling to colleges and attending college all-star games, hoping to get a better look at some potential NFL players. They will interview numerous people hoping to get a bit more information on the college prospects that have not only caught their eye on the field, but also clarify personality traits off the field.

Leading up to the draft, we will be looking at the various players who will become available once the free agent market begins March 14 — the in-house free agents the Chargers want to retain and the various mock drafts the NFL draft analysts put out every year.

Below is a look at ChargersWire’s Carlos Sanchez’ four-round mock draft which came out last week.

Round 1. Pick 17. Christian Wilkins, DT, Clemson. “Los Angeles had the third-ranked defense in points allowed but gave up 2,098 rushing yards, which ranked No. 31 overall last season. Some of that likely had to do with defensive tackle Brandon Mebane being in his mid-thirties and rapidly losing effectiveness.

“Former Clemson defensive tackle Christian Wilkins could change that. He is explosive for his size and has the power to dominate the line of scrimmage.

“Something has to change if the Chargers want to qualify for the playoffs, and drafting Wilkins with the No. 17 overall pick would be a step in the right direction.”

“Baker would make sense in the second round since he can assist in run support and also has the range to be a third-down player, a premium in today’s NFL. The 6-foot-1, 225-pound Baker racked up 72 tackles (42 solo), eight tackles for loss, 3.5 sacks, three passes defensed, two fumble recoveries, one touchdown and one forced fumble.”

Round 3. Pick 81, Bryce Love, RB, Stanford. “Chargers running back Melvin Gordon rushed for 1,105 yards last season but only averaged 3.9 yards per carry (YPC). If former Stanford running back Bryce Love is available in the third round, he would be a shrewd selection despite Ekeler playing well above his head in 2017.

“Quarterback Philip Rivers is 36 years old, and a duo such as Gordon and Love could form a running back tandem that could help an aging Rivers extend his career such as what the Saints have done with quarterback Drew Bress with running backs Mark Ingram and 2017 third-round selection Alvin Kamara.”

“The 6-foot-3, 295-pound Walsh knows how to utilize his power and hands to manipulate defenders. He could experience some bumps adapting to the NFL but has all of the tools to thrive once he’s fully developed.

“Even though 2017 second-round selection, offensive guard Forrest Lamp, should be healthy after landing on injured reserved (IR) in training camp with a torn anterior cruciate ligament (ACL), Welsh could provide depth in case Lamp struggles, gets injured again or the Chargers are unable to re-sign Wiggins or Slauson.”

The Endzone: Finishing the season with the second-worst rush defense allowing an average of 131.1 yards per game, some pundits have the Chargers selecting a defensive tackle at No. 17. CBS Sports’ Chris Trapasso believes Clemson’s DT Christian Wilkins is the guy whereas Bleacher Reports’ Scott Polacek has Telesco taking Vita Vea, a DT out of Washington.

Sporting News has the Bolts picking Michigan’s DT Maurice Hurst, saying: “The Chargers have done an under-appreciated job in the draft in recent years, and their roster (when healthy) is loaded with talent. Depth on their defensive line is the missing piece, along with more offensive line help.”

Although Chris Roling (Bleacher Report) also believes the Chargers use the first pick on defense, he thinks Alabama linebacker Rahsaan Evans will be the choice. Evans projects as a three-down linebacker because he has the versatility to play both the inside and outside ‘backer positions.

USA Today’s Michael Middlehurst-Schwartz has the Chargers addressing the offensive line by selecting Texas OT Connor Williams. “Philip Rivers was sacked the fewest times (18) of any season in which he has been a full-time starter, but the run game fell flat at times. Williams could start off on the right side and eventually take over for Russell Okung (at LT).”

The Chargers need to improve the running game to compete for the AFC West title in 2018. They finished the season No. 24 averaging just 99.7 yards per game.