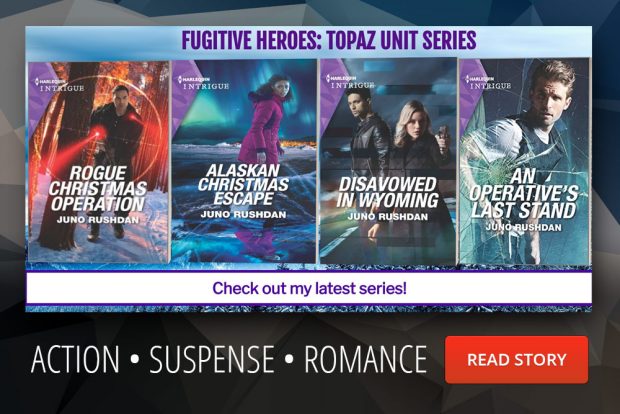 The series has a lot of action, suspense, with romance.  As a former military intelligence officer, she is able to use her experiences to write books involving former warriors who serve their country and strive for the greater good.  Four CIA officers, Gage Graham, Dean Delgado, Zee Hanley, and Hunter Wright were forced to go rogue after they are accused of treason.  They must avoid kill teams that want to eliminate them with covert ops and clandestine missions that keep readers on the edge of their seats.  This is a four-book series, Rogue Christmas Operation, Alaskan Christmas Escape, Disavowed in Wyoming, and An Operative’s Last stand, each highlighting a different team member and their romantic interest.