We need the wall 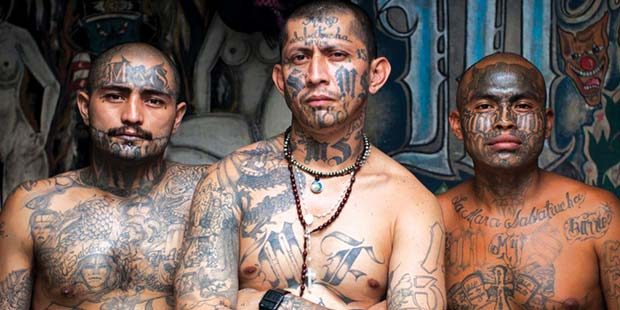 Just one of the many reasons we need the border wall: MS-13. Americans should support President Donald J. Trump’s decision to end the Deferred Action on Childhood Arrivals (DACA) program initiated by his predecessor — President Barack Obama’s executive order creating it was unconstitutional.

Of course, that’s too much to ask in today’s hyper-politicized environment. Americans who supported Obama’s DACA program never cared whether it was constitutional or legal.

But OK, I get the politics. How about supporting the rescission of the program because it improves community safety and national security? Are those still “bipartisan” objectives?

As reported by the Washington Examiner, DACA recipients are part of a group of 300,000 or so illegal immigrants who are feeding the recruitment efforts of MS-13, one of the deadliest, most dangerous gangs in the U.S. And now its members have spread to nearly half of all states — 22 to be exact.

The gang, which was “stifled under President George W. Bush,” the news site noted, has committed crimes — many of them horrific — in at least that many states.

Since 2012, 207 murders have been tied to the gang, called “Mara Salvatrucha,” and there are more than 500 cases nationwide of MS-13 members being charged in major crimes, according to the report from the Center for Immigration Studies.

What’s making the situation worse is that it is difficult to deport these predators because there are so many sanctuary cities around the country whose leaders have passed ordinances forbidding local police from cooperating with federal immigration authorities — acts of defiance that have only grown stiffer in the age of Trump, who has pledged, along with Attorney General Jeff Sessions, to crack down on these jurisdictions.

In discussing how the gang managed to replenish itself and its ranks under the open-border policies of the Obama administration, she told the Washington Examiner:

“This resurgence represents a very serious threat to public safety in communities where MS-13 has rebuilt itself. The resurgence is directly connected to the illegal arrival and resettlement of more than 300,000 Central American youths and families that has continued unabated for six years, and to a de-prioritization of immigration enforcement in the interior of the country that occurred at the same time.”

Researchers she supervised at the immigration reform think tank discovered that the gang’s presence was more heavily concentrated in regions where so-called “unaccompanied alien children” were placed under the last administration. This includes the states of Virginia, California (of course), Maryland and New York — all blue or, in the case of the Old Dominion, purple states.

Which, again, proves what a disaster to public health and safety liberals are — they are the same people who want to import dangerous gang members while working to disarm law-abiding Americans at the same time.

Vaughan cited one example — a Maryland DACA recipient who has been charged with gang activity and who urged friends in El Salvador to rush the U.S. border and take advantage of Obama’s wide-open door policies.

One MS-13 clique leader in Frederick, Md., who had received a DACA work permit and was employed as a custodian at a middle school, was recently incarcerated for various gang-related crimes and reportedly was told by gang leaders in El Salvador to take advantage of the lenient policies to bring in new recruits, knowing that they would be allowed to resettle in the area with few questions asked. Several of these unaccompanied minors now have been arrested and incarcerated for various crimes, including a vicious random attack on a sheriff’s deputy in 2015.

It should come as no surprise that President Trump has called on border states to send National Guard troops to the border. Even California is sending them — for the sole purpose of combating international crime.

Americans don’t see eye-to-eye on much these days, but if we can’t even agree to end insane immigration/sanctuary city policies that are leading to the death of American citizens, then there’s no point in debating how to make our children safer at schools.