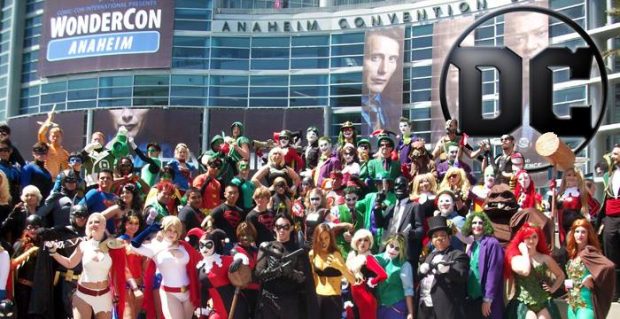 This year’s WonderCon is being held again at the Anaheim Convention Center from March 29 to March 31.

Beginning on Friday, 20th Century Fox brings fans “Dark Phoenix” and “Tolkien,” so head over to the arena to check that out. AMC brings their fantastic shows with “Into the Badlands” and “Marvel’s Clock & Dagger.” FX brings their hit show “Legions” with a Q&A, so go and get all your questions answered.

Also going on a WonderCon is Warner Archive’s “Johnny Quest: Better in Blu,” Scott Shawl’s Oddball Comics Live, A Conversation with Joelle Jones, What is the Best Superpower? and Cosplay Makeup.

Also to keep you busy is DC: 80 Years of “Batman” Comics, 30th Anniversary: “Back to the Future II,” and the science of “Game of Thrones.”

On Saturday DreamWorks brings “She-Ra and the Princess of Power,” AMC is back to bring frights with “NOS4A2” and Marvel’s “Agents of S.H.I.E.L.D.” Warner Bros. and New Line also brings their own presentations.

Other exciting events are Everyone’s a Critic: Being a Journalist in an Online Age, Vallant: How I Broke into Comics, Godzilla: Secrets of the Monsterverse, Man from Atlantis: The Other Aquatic Super Hero, “Cobra Kai” Season 2: Meet the Senseis and Students, and The Golden Age of Dungeons & Dragons and so much more.

Finally, on Sunday there is a Q&A for “The 100 “and is readies for its season 6, AMC brings “Fear the Walking Dead” and the World Premiere of “Batman vs. Teenage Mutant Ninja Turtles.” AMC along with BBCA brings their new series “A Discovery of Witches.” “Archer: 1999” brings a Q&A for fans of the animated series.

There is also the DC Batman Art Academy, Are Superheroes Social Justice Warriors?,  Space Command Conquers The Universe, Women on the Dark Side, and Starship Smackdown Anaheim.

Of course the evening also brings Remembering Stan Lee and the Buffy Musical: “Once More with Feeling.”

WonderCon is a fast paced, fun filled weekend to catch up on what’s new, what everyone is doing in the comic world, writers workshops and all things we love about entertainment. So grab your badges and a good pair of shoes and we will see you at WonderCon 2019.